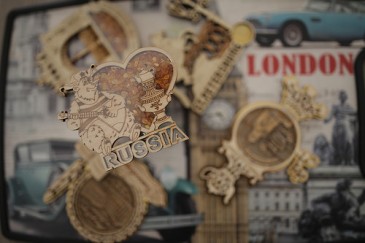 If you have been keeping up with our state of political affairs in the world, the clamping down of documentation for countries is not new, and now these documents are being even more restricted. Some countries have a reciprocating, no visa policy for traveling in a vacation or visiting relatives mode. Now the EU is demanding that several countries in their union be granted this status by the US, or US citizens will have to face visa requirements. Start checking with the embassies of the countries you will be visiting. Now that restrictions have started to get tighter on our shores, other countries are acting in kind towards the US. It looks to be that we will have to start asking for more visas in advance of travel, and not just rely on a passport to cover us when we enter the countries.

Our of curiosity, I started checking into the countries I planned on visiting this summer. In the past, Ireland and the UK have had a very easy travel coop existence as long as you are just traveling for a few weeks and don’t plan to work or live in the country. Coming in with you passport and declaring wether you were there for business or pleasure was all of the questions. Most of the world is not concerned with your last name unless they are starting to profile like what is starting to happen in the US. There will always be “no fly” watch lists in countries, but for the most part if you are a vacationer from the US, these two ports just need to see a passport. And if the referendum for Scotland’s exiting the UK goes to a vote again this year, they will be joining the EU. Things are shaking up all over.

Here’s an example of what I did:

On the UK Embassy website, you can search on their website on wether you need a visa for your country of origin:

After going through the checklist I got:

You won’t need a visa to come to the UK

However, you should bring the same documents you’d need to apply for a visa, to show to officers at the UK border.

You may want to apply for a visa if you have a criminal record or you’ve previously been refused entry into the UK.

Well, I have not been refused entry before, but this tells me maybe I need to bring a drivers license and my birth certificate? (which would probably be a good idea if I had a particular last name that sounded like it was from another country). Wait, my surname is English from Dad’s side. Lucky me. But if you are a first generation immigrant, you may want the documents. I guess I should play it safe.

Next stop, Ireland. Ireland is still part of the EU, but each country has their own rules and regulations. Currently as of this writing, the US is listed under countries that do not need specific visas for tourism, however if you are working, performing in a festival, you will need to apply for visas. But again, if the European Parliament decides in June that the US is not playing fair, then a shake up could happen. Then it is unclear if countries will create their own policies or go by what the EU decides. It could be a very turbulent flight.

Keep up on the news. Relations are changing with the US and the rest of the world. The EU-US talks on visas are scheduled for June 2017, right in the heart of the travel season. Hopefully there will be a few months before rules will be enacted.