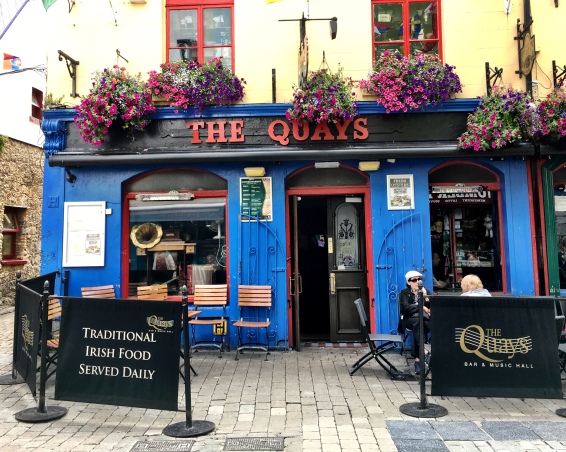 Galway is one of the famed walled cities of Ireland, although today you will only see remnants of the wall through this city by the sea. It was established in 1270, although there had been residents there for some time. It became a port town that had great trade with the Spanish, and today is considered a cultural hub of Ireland. Galway has many attractions, and because it has a university, National University of Ireland, Galway, it attracts an international feel even though it is in the very traditional west of Ireland. The town is of a big/small feel and there is always plenty to do. An it’s amazing what traffic jam ups it has. Oh, and the food is eclectic as well. Take a walking tour and download an app, or go to one of the traditional old bookstores and pick up one of those paper things called a map. Great book stores here.

Great seafare is to be found in the shops streets area. The Quays is one of the most famous and for a good pub meeting place with atmosphere, it’s got what you need. Corners to hide in, split levels, and music. Great selection of beverages and whiskey. 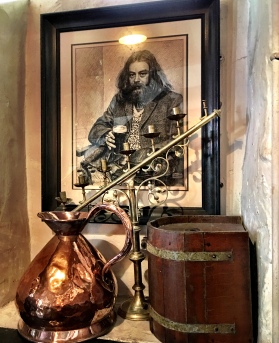 Had a great traditional chippy here, huge and tasty. Much of the food will be fresh Irish seafood with some traditional mixed in. However, the food is just as eclectic as in the rest of Ireland, so you will have a great variety for your voracious appetite. It is recommended that you book early for the evening as you may find the places book solid and there will be a wait, so swing by the restaurant in the afternoon and get on a list.

Galway is always a musical town, but even more so during the Galway International Arts Festival held in late July every year. There are a great many shows of music, Trad and fusion, and theatre, with a big tent traditional music and other performers coming through. Some big names roll through this festival as it is quite a favorite venue for performers. If you are planning on going and you live abroad, tickets for performances with great musicians can sell out in minutes. Keep and eye out for the mailing lists coming through your email and you can get into some great acts. Check your favorite Irish performers and see if they plan on playing the festival.

Summer will have rain and storms in Ireland, and three days later, it’s a heat wave. Pack for layers, as even in high summer, a sea storm can roll up fast.

More on the history of Galway

Main attractions to Galway are: