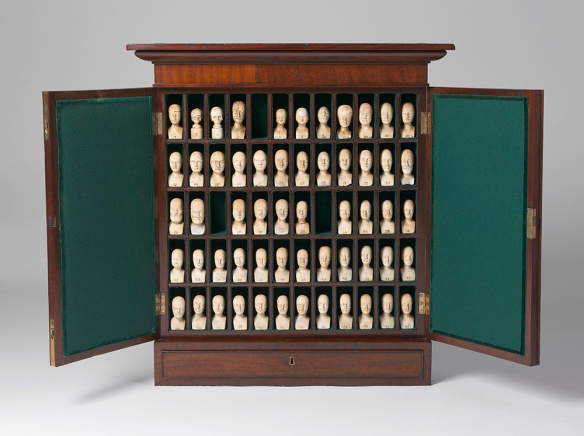 One of the things Edinburgh is famous for is it’s surgeons and contribution to medicine. I was very fortunate in my trip to Edinburgh last summer to make it to the Surgeons’ Hall Museum in Edinburgh. Miles of specimens or curious body parts and displays. After walking some of the kirk yards and grave sites in Edinburgh, this was a fun theme to follow up on after the Under Edinburgh Tour. Sadly, I found that there was another museum based on the human body, Anatomical Museum at the University of Edinburgh, that is open only during certain months and hours. To let you know about this wee gem of a place, I contacted the curator, Malcolm MacCallum and asked him about this specialized museum.

This museum specializes in anatomy and is a great treasure trove opening a world of mystery and fun to a visitor. This museum has some famous inhabitants you will want to see, the infamous Burke and Hare are just some. If you are lucky to be touring Edinburgh during the school months, and the last weekend of the month, give it a whorl.

The museum sadly only have the skeleton of Burke and not Hare in the museum –Hare was taken to England and subsequently disappeared from the historical record. There are about five or six theories about where he ended up and what he did next.

Last Saturday of the month 10 am to 4 pm, museum is closed June and July.

The following is an interview with Malcolm

How did your museum get it’s start, and how have you seen it grow in the last five years?

The museum dates back to 1798 when the Professor of Anatomy at the University donated a large collection of specimens and preparations to form a museum. This formed the nucleus of the collection which was added to over the following years. Over the last five years the museum has grown from a resource for medical students only, to now having limited public openings. Over the last five years professional museum staff have been employed for the first time (a curator and collections assistant), an inventory of the 12,000 collection objects has taken place and the museum was also last year awarded Accredited Status.

Has there been anything surprising that happened that you just ran with in an opportunity to create an exhibit?

We have been working with the Forensic Art MSc students at the University of Dundee who have been analysing some of our historic skulls and casts from our phrenology collection. This has resulted in a collaborative project where we ended up telling the story of a pirate called Alexander Tardy. Unexpectedly this meant we displayed a full sized reconstruction of Tardy in the museum.

What do you consider the most challenging part of running a museum of your kind?

By law we are required to have a licensed anatomist (one of the senior professors or technical staff) in the building anytime we open to the public. This heavily restricts when we can open to the public (currently the last Saturday of the month during University semesters only).

What is the planning process for creating new exhibits? Do you have any behind the scenes video or articles that future visitors can look at?

Ideas for new exhibitions can come from a dedicated student internship, an academic, or within the museum curatorial team.  We have an ‘Anatomical Museum’ app which gives a fly-through of the whole medical school, including the museum and includes 360 degree photos of the displays and some of the key objects.

Is there a committee that decides to feature something or a finding that becomes available and you build around that? Or does the planning involve a specific structure?

The Anatomical Museum collections are part of the general University of Edinburgh collections, so any exhibits we create would have to be presented to an exhibition planning committee for approval. In general the University exhibition planning process works on 2-3 year cycles. Within the Anatomical Museum itself we have more flexibility to change exhibits in the shorter term and often a short notice, this is something that happens on a small scale only .

Due to a current lack of substantial funding the exhibits do not regularly change. As an accredited museum we will in future be eligible to apply for funding for exhibition development.

It’s the 2017 season coming and what are your plans for exhibits this coming year?

We have been awarded a small grant to look at interpretation in the museum. Traditionally the labelling in the museum is for medical students so is quite complex for anyone not with medical knowledge to understand. By the end of 2017 we hope to introduce a secondary level of interpretation for families and more general audiences. We are also working with the City of Edinburgh Council to host a small display relating to a facial reconstruction project using one of our notorious 19th century skeletons (John Howison – ‘The Cramond Murderer’.

So you only have the skeleton of Burke ?

There was only a life mask made of Hare which we have on display.

Burke would have gone to his death without ever knowing that Hare had given evidence against him. It is thought that Hare was given a disguise and escorted to Newington in Edinburgh as ‘Mr Black’. It is believed that he then headed to Dumfries and tried to take the mail coach to Portpatrick (possibly with an aim of getting back home to Ireland at some point) but that crowds recognised him and he had to change his plans. He was last seen two miles south of Carlisle and from there he disappears from the records. 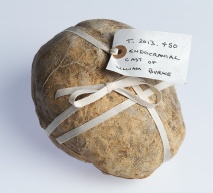 You can see a virtual tour of the museum here.

Faces in the Cupboard

Images copyright © The University of Edinburgh 2017.