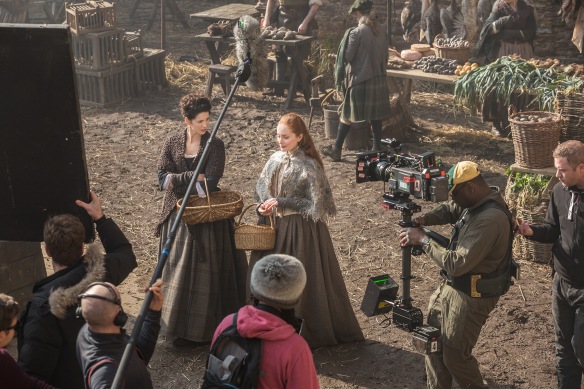 Outlander Season One Filming for Starz

Are you a fan of films and telly? Have a series you are obsessed with? Did that inspire you to travel this year? How do you see where it was filmed? You can find some of the sites on your own, or take a tour. But buyer beware, not all tours are good. Do some research before you go and contact the tour guides, and look at fan sites to see if others have traveled to see what you want to see.

I am a Fringie, an alternative thinker and doer. I am also a teacher. As an American traveler, I don’t do typical American Touristy things if I can avoid it. Just not my style and I like it when people actually talk to me. But in some cases unless you hire a car for travel and have a group of friends with you, (did I tell you I was lone traveler most of the time), you won’t have access to sights unless you hop a bus or train.

On some of the travel sites lite Viator, you can hook up with tours from cities all over. There are castles everywhere and these are a blast. But what if you can do something a bit different like see where a favorite film was shot? Find a tour to take you there and see that cinematography live. How do you find these and what can you see? Do a bit of research on your favorite films and series, also check out fan sites for current filming going on.

One of the biggies right now is Outlander, which is just finishing up it’s last Season 3 blocks in Scotland and then it’s off to South Africa for the Caribbean part of the story. Sorry, trying to do no spoilers. If you are in the Edinburgh area now, you can watch the last of the filming and look up another tour, the Train Spotting 1 and 2  tours if you like the films.

http://www.filmedinburgh.org/ – site where all current and past filming can be found.

In Ireland one of the biggest productions ever has been filmed for the last 7 years, Game of Thrones. It’s final season is wrapping up. Many locals here and in other European countries can provide a fun trip. There are other series filming as well.

IFTN News has a section on filming

Northern Ireland has plenty going on as well

Check to see if local small touring companies are active in getting you to a film shoot. These tours can be spendy and you may want to research the company on Yelp or travel sites to see how they do. Many are on Twitter and you can get a feel for what they are doing if you check out their feed. Look for reviews on any company in a search and see what the feedback is.

Films and series are bountiful in the UK. Planning at trip to London this year, chances are someone will be filming while you do. Other than checking local papers, check these sites out:

Are You an Actor in the US or Canada?

Fancy a working vacation? Extra work is a way to still get out there even if you don’t have a big part. Want to add to your CV? Grab a space on a production. You may already have an agency you work with in the US or Canada, but you can always list with other agencies if you plan on traveling and working. If you are planning on travel to the UK or Ireland and want to get on a series or film to flesh out your CV, try these agencies out. Also, do queries on casting calls for the time period you plan to travel as well as newspaper searches. If there is an open casting, you may be able to register as a day or multi-day

Universal Extras for the Uk and Ireland

Just about anyone will create a tour. Finding one that is good or legitimate is another matter. Research your favorite show or fan sites. Others are doing these tours as well. Twitter is filled with shows and films fans, and tour guides get on these. Check out their Facebook and Twitter accounts, see what they have done and how people react. Do a search on Do People have Complaints against… Check out Yelp. These can be pricy as they are smaller and more specialized tours.

Outlander Themes – Diana Gabaldon has a list of tours based on her novels and companies she’s actually met with or talked to. Many of these need to be booked in advance by months, so contact them soon.

I am for Winterfell! For Northern Ireland locations of GOT

Prefer to do your own created tours? Look up location maps online. 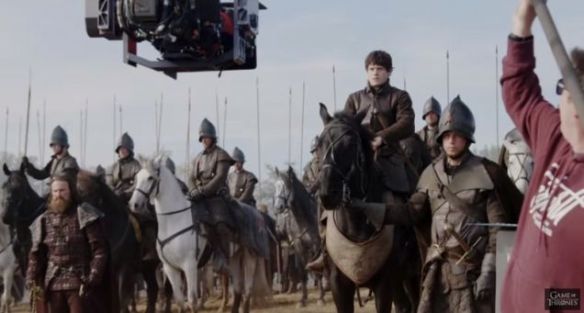